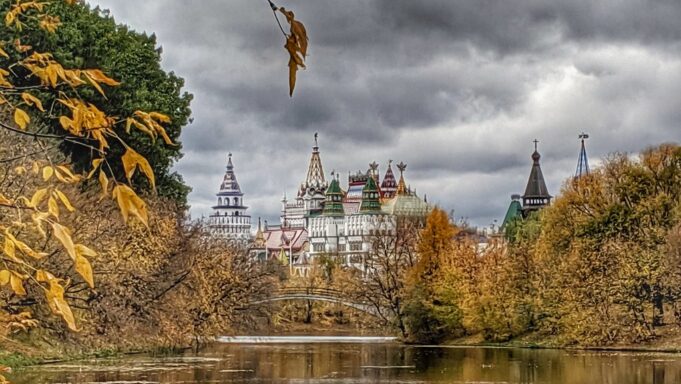 Are you thinking about living in Russia and considering moving to Moscow or one of the other best cities to live in Russia? Living in Russia remains incredibly underrated in 2021, and it is a country full of opportunities for ex-pats.

The recent economic issues in 2014 that devalued the ruble have caused a mass exodus of ex-pats from Moscow and other major Russian cities. The result is a market that used to be very popular with ex-pats but is now underserved.

The most significant benefit is that Moscow has gone from being one of the most expensive cities to being one of the cheapest. While living in Russia can be challenging at times, ex-pats who spend time there often find their time well spent and exciting.

Check out these 7 things you should know about living in Russia!

7 Things to know about living in Russia.

1.   Based on US News, Russia is the best country to start a career.

According to US News & World Report, Russia is the number one country to start a career in 2020 and 2021. It has always been relatively easy and affordable to live and work in Russia. Still, in 2014 when the ruble crashed, many ex-pats left the country because it was no longer financially viable to live there. Since then, salaries have increased significantly, and Russia is one of the best countries for ex-pats financially.

With so many ex-pats leaving Russia, the competition has decreased considerably, and there are a lot of opportunities for younger ex-pats. In addition, getting a job in Russia isn’t nearly as difficult as you think.

Read more:How to Use Webinars Effectively for Small Business Growth?

Russia separates Europe and Asia. Moscow has explicitly direct flights to almost every country globally, making it one of the most connected cities in the world. There are only a few major cities that you can’t reach from Moscow with one layover if you consider flights with one stopover.

The region of Central Asia is lovely and very accessible from any large city in Russia.

As well as Central Asia, Russia has many natural attractions. Most of the world’s largest country is uninhabited, and Siberia, Altai, and Kamchatka offer stunning natural scenery. Russia’s southern and central regions are also home to mountains of unparalleled beauty. Russia is a vast and unexplored country. Traveling to and around Russia will not disappoint.

3.   Living in Russia is much cheaper than in most Western countries.

We have talked about the low cost of living in Russia many times. Moscow, a massive city with a reputation for being very expensive, is still relatively affordable compared to western standards.

It is easy to live comfortably in Russia as an ex-pat when you consider the salaries in Moscow. You will easily be able to afford a decent apartment, have money to go out, and save some money.

4.   You will get a lot more vacation time if you work in Russia.

There are no other countries with more vacation days than Russia. The number of paid holidays is also among the most globally, along with the many vacation days. Over 45 days are paid off for most ex-pats in Russia.

5.   Learn Russian if you want to live in Russia

Living in Russia is much easier if you speak Russian. Speaking only English is undoubtedly possible in Moscow or St. Petersburg, but you will miss out on the real Russian experience.

You will be limited to ex-pat meet-ups where you will meet Russians, but they aren’t average Russians. Like any ex-pat, many have been educated abroad and have a global perspective. Spending time with average Russians opens an incredible window into Russian culture, which is easily one of the highlights of visiting the country.

6.   Russia has made it easier for ex-pats to work legally.

Russian authorities have made it easier for ex-pats to live and work in the country. Ex-pats who make 167,000 rubles (USD 2,200) per month can get a work visa quickly thanks to a highly qualified specialist work visa. If you have a job offer, there are no bureaucratic obstacles.

Additionally, if you are an English teacher, you will have no problems getting a work visa. If you’re interested in teaching English in Russia, you can quickly obtain a work visa and a job in general. You can get a job from abroad only in a few countries, including Russia. It is still better to show up and begin your job search even though these aren’t the best jobs.

7.   The arts scene in Russia is world-class.

Access to the arts is a significant advantage of living in Russia. Two of the world’s most beautiful cities are St. Petersburg and Moscow. You will enjoy Russia if you love the arts, from museums, operas, and ballets to classical music. The world’s best composers, ballet artists, opera singers, and poets hail from Russia, and the Russians are very proud of this.

In the United States, we tend to learn about the arts much less than our Russian counterparts do. Russians are exposed to the arts from an early age, and sometimes you will feel as if you don’t know anything about them. The Russians enjoy discussing and sharing these things with foreigners, as they do with most aspects of Russian culture.

Ex-pats may initially have reservations about living in Russia, but they will find it a gratifying experience.

Is Russia an excellent place to live?

Though Russia is generally a safe country to live in, it is vital to take basic safety precautions and be aware of your surroundings.

Russia is a challenging place to live. Many cities have high levels of pollution due to the harsh climate. It is also essential to consider the relatively high crime rate and security issues.

Step by step instructions to Track down a SEO experts