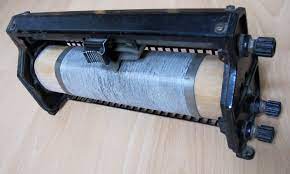 Here you will find out what rheostats are if you are among those who are interested. In this article, we want to talk about what is rheostats, how they work, their types and function, and so on.

What is a Rheostat?

The Wikipedia definition of a rheostat is a two-terminal variable resistor. The resistor has been designed to control current flow throughout a circuit. Additionally, a rheostat can change the resistance of the circuit without disrupting it. It is commonly believed that these adjustable resistors are the same as potentiometers. The main difference between them is that they only use two terminals.

The rheostat symbol is easy to understand as well. Rheostat symbols vary according to standards, but the most commonly used is a rectangle placed between two linear lines; a tilted arrow crosses the rectangle.

Let’s now explore the world of different rheostat types. Different types of rheostats are available on the market, but three of them are more popular than the rest. Rotary, linear, and preset are the three most popular types. The most common type is the rotary rheostat.

This type, as mentioned above, is the commonly used one. Rotating rheostats are most commonly used in power applications. Rotation is the determining factor of its resistance. The shaft mounted to the wiper of the rheostat will change the length that affecting the resistance as it moves.

Read more:Each And Everything You Should Need To Know About Cartridge Fuses With Detail

There are two terminals (and even three) on this small rheostat, but only one fixed terminal is connected. It’s important to remember that even a three-terminal rheostat only has two terminals. In addition to using potentiometers as rheostats, potentiometers can be configured for many other purposes.

Rheostat construction is almost identical to that of a potentiometer. Potentiometers and rheostats both have three terminals: terminal A, terminal B, and terminal C. However, we only use two terminals: A and B or B and C. The two fixed terminals are A and C, which are connected to both ends of the resistive element. In contrast, terminal B is the variable terminal connected to the sliding wiper.

How does a rheostat regulate the flow of current in a circuit?

Three factors affect resistance and, therefore, the current: length, type, and cross-section area. Length is the most significant factor for a rheostat. Changing length is accomplished by moving the contact in a rheostat, which changes resistance, which, in turn, changes the current.

Can a rheostat reduce voltage?

Changing the current is the primary function of a rheostat. The voltage across the rheostat would always be the same when placed across a voltage source. If the resistance is increased, the current will decrease. Since the voltage source is fixed, the two other factors should also change to affect the voltage. In basic electrical engineering, this is known as V=IR (V stands for voltage, I for current, and R for resistance).

What is the purpose of a rheostat?

Although rheostats are used for various purposes, their primary use is controlling the current in a circuit. In addition to being voltage dividers, they can also be used as variable resistive loads. Thermistors are also used in testing laboratories and electrical workshops for testing purposes.

Using a rheostat, you can test different circuits with various currents. As a bonus, the circuits in those labs can be tested under different voltage conditions. Lighting circuits are another common application for rheostats. They can be used as dimming devices in such circuits.

What’s the difference between a potentiometer and a rheostat?

Applications of the rheostat

A rheostat is commonly used for applications that require high voltage or current.

Describe what a rheostat is and how it is used?

The rheostat is an adjustable resistor in electric circuits for varying current or resistance. By using a rheostat, you can adjust generator characteristics, dim lights, and control the speed of motors.

What types of rheostats are there?

Boston Graphic Designer: A Look at the City’s Best

Why You Should Hire Professional SEO Services