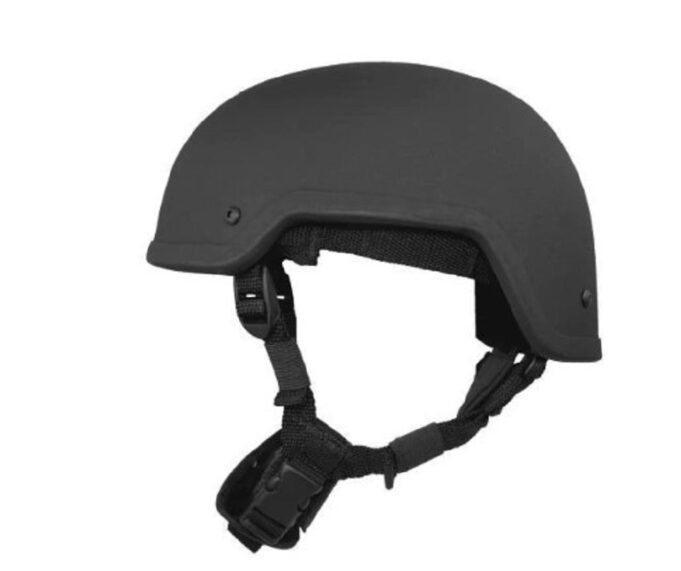 The protective effect of ballistic helmets is somewhere limited. Modern military helmets can only protect shell fragments, submachine guns, and pistol bullet shots from shooting from a certain distance. The protective power of rifles, machine guns and other heavy infantry weapons depends on the firearm’s performance (the data varies greatly due to different artefacts). Generally saying, the helmet cannot withstand direct hits from rifle and machine gun bullets at a relatively close distance.

Difference between a Bump and a Ballistic Helmet?

A ballistic helmet is made to shield the wearer from tiny, quickly moving metal particles, such as tiny bullet rounds and shell shards.

A bump helmet is a especial equipment designed to protect from low-speed projectiles, like bumping your head on a low beam or shrapnel.

Bump helmets are lighter in weight and can have a lot of ventilation openings. Ballistic helmets will have fewer vent holes or none at all. They will have a solid shell of metal or composite that would resist penetration, whereas a bump helmet will be light plastic.

Are Bulletproof Helmets Effective? Do They Protect The Face?

Most contemporary military helmets provide protection against pistol caliber bullets and fragmentation/ricochets of rifle rounds. However, ballistic helmets won’t protect against a rifle projectile head on. Regardless of whether the helmet is impenetrable, it is difficult to deflect rifle shots. Additionally, stronger helmets would be far too heavy to be useful.

Although they seldom include face protection, it is possible to purchase “facial shields” made of bulletproof glass that will shelter the wearer from the same dangers as helmets do. Because they are cumbersome to wear and heavy, they are often only employed in a relatively small number of circumstances.

Bulletproof helmets do not only exist, but they are also available to everyone. Modern military helmets can effectively deflect bullets and protect the person’s head, though the helmets do not completely protect the head. Face shields are a common requirement for military personnel to protect their faces from flying objects. The helmets are designed to protect the skull from pistol caliber impacts and ricochets of rifle round.

However, most of the helmets available in the market may not protect against a direct attack. Even when the helmets save the skull, there is a chance of injury. The bullet can penetrate the helmet and cause mild injury to the skull or even cause severe brain damage.

Bulletproof PASGT helmets are a safety precaution that can keep you safe in many cases when the speed of the bullet is not too fast and the distance from where the bullet is aimed is not too small. They are available and can be bought through the sites that export items globally.

Boston Graphic Designer: A Look at the City’s Best

Web3: The Future of The Internet: A Complete Guide